Friends,
The unjust deaths of George Floyd, Breonna Taylor, and countless other people of color has awoken many of us to the fact that the struggle for racial justice continues in our country. While our society has made progress, this summer has allowed us to see just how much more work we have to do.

The Adult Discipleship committee invites you to join us in taking on this 21-day race equity challenge. Throughout these three weeks, we will hear voices we might not otherwise hear and see people we might not normally see. It may be uncomfortable or sound foreign to us, but our firm hope is that through this, God’s Spirit will be at work within us.

Explaining White Privilege to a Broke White Person, Gina Crosley-Corcoran, raised “the kind of poor that people don’t want to believe still exists in this country,” explores where race and class do and don’t intersect and how she’s come to understand her own white privilege.

How White People Got Made, by Quinn Norton, exploring where the term “white people” comes from and which ethnic groups have and have not been able to become “white” through US history.

White Fragility, Groundbreaking 2011 article by Robin DiAngelo, which  led to a 2018 book of the same title, exploring why it can be so hard for white people to talk about race, and how the resulting silence and defensiveness functions to hold racial dynamics and racial oppression in place.

What White Children Need to Know About Race, by Ali MIchael and Elenora Bartoli

Caught Up In God, by Willie James Jennings

Who Gets to Be Afraid in America?, by Ibram X Kendi

Belhar Confession – A Confession of our Denomination, the PC(USA), that comes from the South African Church during the time of Apartheid.

1619 Podcast: Podcast exploring the history of slavery in the United States.

Code Switch, hosted by journalists Gene Demby and Shereen Marisol Meraji, both people of color, this podcast is curated by a team of NPC journalists of color who navigate the complexities of race, both professionally and personally, daily. Episodes focus on a wide range of issues overlapping race, ethnicity,and culture.  (any episode – times vary)

Breakdances with Wolves Podcast, hosted by Gyasi Ross, Wesley (“Snipes Type”) Roach, and Minty LongEarth, “a few Natives with opinions and a platform.” Episodes report on current events through an indigenous perspective. (any episode – one-ish hour each)

Black Like Me, host Dr. Alex Gee “invites you to experience the world through the perspective of one Black man, one conversation, one story, or even one rant at a time.” (any episode – times vary)

Scene on Radio – Seeing White Series, host John Biewen and collaborator Chenjerai Kumanyika explore Whiteness over the course of 14 episodes. Where does it come from? What does it mean? Why does it exist? (Episode S2 E1: Turning the Lens – 16 minutes)

TED Radio Hour – Mary Bassett: How Does Racism Affect Your Health? host Guy Raz speaks with Dr. Mary T. Bassett, Director of the FXB Center for Health and Human Rights at Harvard University about how and why race affects the medical attention you receive, your baby’s chances of living, and even life expectancy. (12 minutes)

Here & Now – Without Slavery, Would The U.S. Be The Leading Economic Power? host Jeremy Hobson explores with Edward Baptist, author of The Half Has Never Been Told: Slavery and the Making of American Capitalism, how slavery established the United States as a world economic power. (15 minutes)

On Being Podcast, exploring the intersection of faith with contemporary issues. See these episodes in particular: 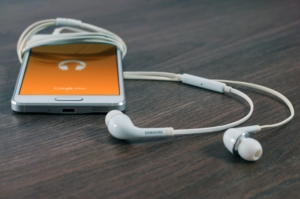 This is Us, Dr. Eddie Glaude explains why blaming current racial tensions on Donald Trump misses the point. (3 minutes)

Racism is Real, A split-screen video depicting the differential in the white and black lived experience. (3 minutes)

Confronting ‘intergroup anxiety’: Can you try too hard to be fair? Explores why we may get tongue tied and blunder when we encounter people from groups unfamiliar to us. (5 minutes)

I Didn’t Tell You, Ever wonder what a day in the life of a person of color is like? Listen to this poem, written and spoken by Norma Johnson. (7 minutes)

Why “I’m not racist” is only half the story, Robin DiAngelo explains the function of white fragility in maintaining racial hierarchy. (7 minutes)

What Kind of Asian Are You? Humorous two minute youtube video that illustrates the utter silliness of the way many white Americans interact with Asian Americans. (2 minutes)

What Would You Do: Bicycle Thief Episode?  ABC’s popular show explores the impact of racial and gender bias and prejudice at a family friendly park. Before this video, would you have anticipated this differential treatment? https://youtu.be/ge7i60GuNRg

How I Learned to Stop Worrying and Love Discussing Race, TEDx talk by Jay Smooth that suggests a new way to think about receiving feedback on our racial blindspots. (12 minutes)

How to overcome our biases? Walk boldly toward them, TED Talk by Vernā Myers, encourages work vigorously to counter balance bias by connecting with and learning about and from the groups we fear. (19 minutes)

13th, Netflix documentary by Ava DuVernay about the connection between US Slavery and the present day mass incarceration system. (1 hour 40 minutes)

Slavery by Another name, 90 minutes PBS documentary challenges the idea that slavery ended with the emancipation proclamation. (90 minutes)

Unnatural Causes, Seven part documentary by California Newsreel that explores  the impact of racism on health and US healthcare. (4 hours total, episodes have variable lengths)

Birth of a White Nation, Keynote speech by legal scholar Jacqueline Battalora, offers a blow-by-blow description of the moment the idea of, and word for, “white” people entered U.S. legal code. (36 minutes)

Race: The Power of an Illusion, Three-part, three-hour film by California Newsreel exploring the biology of skin color, the concept of assimilation, and the history of institutional racism. (three 1 hour episodes)

Once people start to learn about white privilege and America’s systems of oppression through history, they often ask, “Why didn’t I see this sooner?” It’s easy to overlook what we’re not looking for. Once you understand the phenomenon of selective noticing, take yourself on a noticing adventure.

1) Start by watching the Test Your Awareness: Do The Test

2) Then…go out in the world and change up what you notice. Here’s some of what you might look for: