As their children enter the school years, mothers face new challenges and issues, but the need for community and support remains. For this reason we offer MOMSnext, a ministry to mothers of school-age kids. Liberty’s MOMSnext group is an open, accepting place for all mothers of school-age kids to come, just as they are, to experience authentic community, personal growth, practical help, and spiritual hope. MOMSnext will encourage, equip, and develop moms during the next phase of mothering. 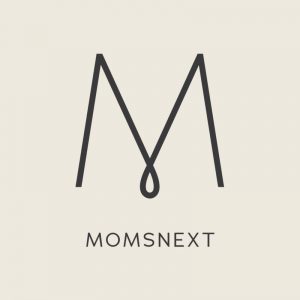 MOMSnext meets on the first and third Tuesday evenings of the month during the school year (September through May), from 7:00 to 8:30 p.m.* We meet at Liberty Presbyterian Church’s Library for the majority of meetings, though some events and special topic meetings are held off-site. Please contact us for a calendar of meeting locations.

This year’s theme: DECIDE TO RISE

“I praise you because
I am fearfully and wonderfully made;
your works are wonderful,
I know that full well.”

This year, we want to tell you two things that will change your life if you believe them.

First, you are fearfully and wonderfully made.

I praise you because I am fearfully and wonderfully made; your works are wonderful, I know that full well. ~Psalm 139:14 (NIV)

Second, because you are fearfully and wonderfully made, you have work to do; meaningful work that was built into your DNA before you were born.

In fact, God appointed a woman named Deborah to be a judge over the nation of Israel. She was a leader, warrior and prophetess who ultimately helped an entire nation rediscover its identity and destiny as the people of God. And she declared that she accomplished it because she AROSE AS A MOTHER.

The villagers ceased in Israel; they ceased to be until I arose; I, Deborah, arose as a mother in Israel. ~Judges 5:7 (ESV)

Before God appointed Deborah, the inhabitants of Israel were distressed and had no fight left in them. Does this sound familiar? Is it possible that through this MOPS community of ours, each of us could reignite a sense of strength, joy and courage back into ourselves, our homes and our culture?

This is the year we arise as mothers to awaken a weary and sleeping world. The year to accept and believe that God will fulfill his promises to you, and to embrace your motherhood as a catalyst to his plans and promises for you.

Here are the three things we will do to remind ourselves of who God made us to be:

Arise as a mother. This is your year to get strong physically and mentally. To own the body you’ve been given and build muscle and stamina so you can do all the things that God is calling you to do; important things like chase your kids around the backyard, carry groceries for your elderly neighbor, or even build a mud house for a family in Rwanda. To embrace your own body’s abilities and build it up – whatever your physical ability may be. It also means being strong mentally. Sometimes our thought life needs a little tightening up. It might mean seeing a therapist who can give you tools for dealing with anxiety, or maybe developing mental stamina so you can endure the daily toddler meltdowns. Often we wait for all the right details to come into place before we act, but maybe this is the year God is saying, “Stop waiting and get to it.” Body and mind – this is the year we embrace the self that God gave us.

Doing your work happens in big and small, but always significant ways. It’s about persevering through the daily grind of essential but mundane tasks; and it’s also about making brave choices to do new things. Doing your work looks different for each of us, but everyone’s work will require some grit and courage. Maybe it’s choosing forgiveness, healing from past trauma, or making amends to those you’ve hurt. Maybe it’s sharing the secret you’ve been carrying for years, or unlearning harmful patterns of behavior. And when it comes to mothering … God gave those kids to you, Mama! You’ve been appointed and no one else can mother them like you. You are made of brave spirit. You’ll figure it out because you always have, and you have God and your MOPS sisters by your side.

Actively seeking out joy is how we fight discouragement and fear. It’s how we fight our tendency to complain, accuse or be offended. Joy is a decision, a really brave one, about how you will respond to life in all its circumstances. Joy is the most magnetic and contagious force in the universe, the type that people around you can’t help but notice – especially those looking up toward their mom. It is a gladness that’s not just reserved for happy moments, but particularly during the hardest days that come your way. Joy is the deep knowing that you were made for more than anxiety, depression and fear. This is your year to reclaim joy and share it with others!

Together, may we all courageously Decide To Rise.